Spectrum News features the story of Play Maysie and Grand Opening of storefront!

Watch the video interview at: https://spectrumnews1.com/oh/columbus/news/2022/08/16/ohio-mom-creates-portable-playhouses--donates-to-foster-youth

Lupean took the idea from a Kickstarter campaign to product production. Now, in less than a year, she has her own store front.

“It is an unbelievable and surreal feeling that something I thought of is out in the world and kids are using it as entertainment in a way that kids haven’t been able to play with a toy before,” she said. 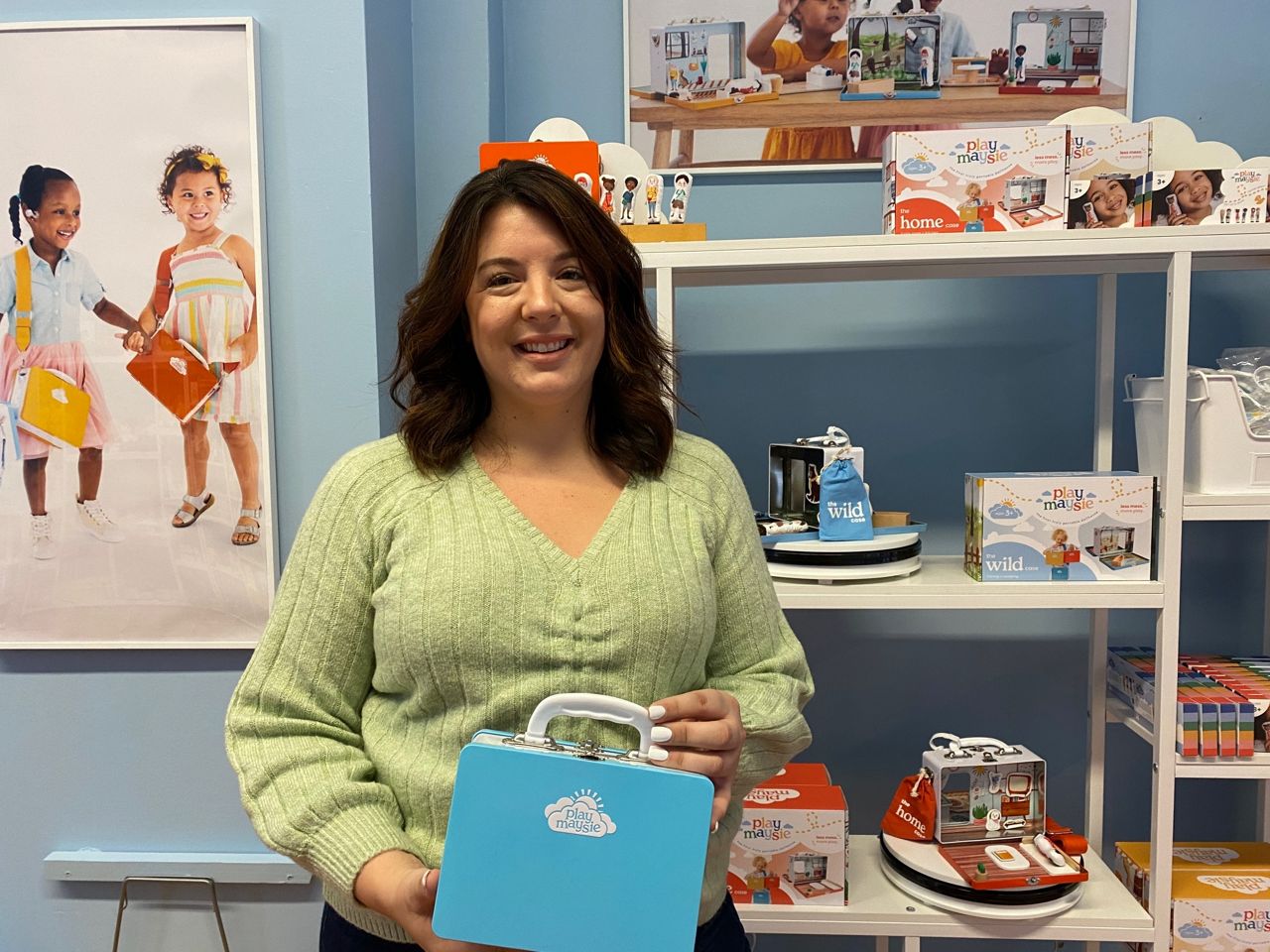 Kayla Lupean holds one of her Play Maysie cases inside her new Play Maysie store in the Cleveland Arcade. (Jenna Jordan/Spectrum News 1)

The dolls for the dollhouse are stuffed with cotton.

“I really wanted dolls, nice soft dolls, that kids really enjoyed snuggling because the majority of dollhouse dolls are wood,” she said.

The accessories for the dollhouse are attached or magnetic to reduce the chance of losing pieces.

“This is the most proud I’ve ever been of myself,” Lupean said. “Being able to have an idea, bring it to life and do it all while my daughter watches me.”

She said the past couple of years were a whirlwind. Pre-pandemic, Lupean focused on life from behind the lens as a photographer, but she said COVID cost her about 90% of her business.

“So, I found myself as a single, adoptive mom, really, with little resources,” she said. 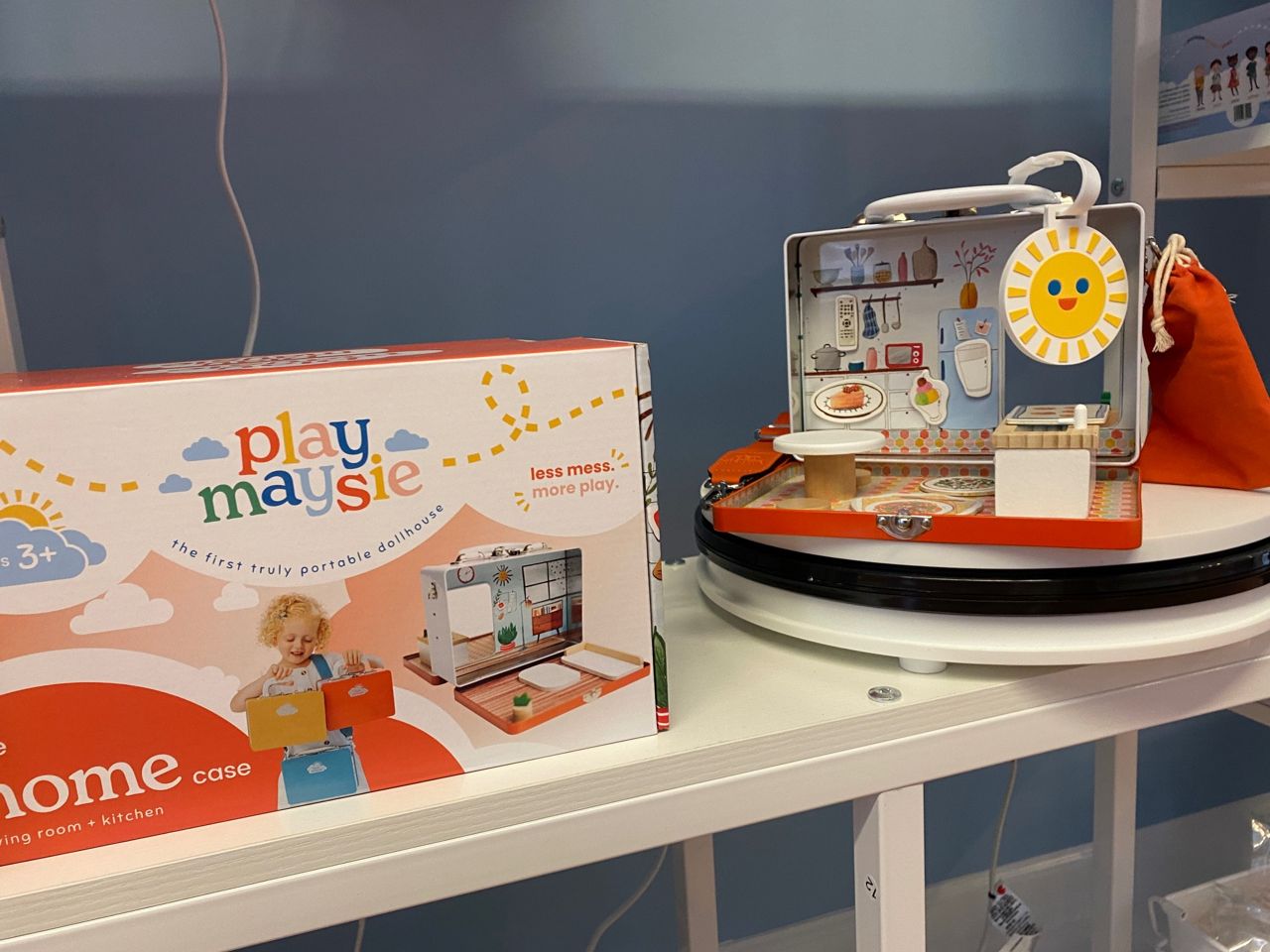 She put all her family’s savings into the toy, a gamble that’s so far paying off.

Her 2021 Kickstarter campaign earned almost $30,000 to help bring the project to life. And she said last fall, a $50,000 grant from “Fixer Upper” star Joanna Gaines powered another round of production.

“I really have been a one-woman show from the very first idea to building the furniture for the store and staying up at night talking to my manufacturers overseas, handling the logistics of shipping,” she said.

But, passion for the “Portable World of Play” keeps her stuck on the project. She said typical toys come with some annoyances.

“The number one issue with every toy is that there’s too many pieces and there’s no way to store them or contain them without me needing to purchase additional storage materials,” she said.

Her daughter’s adoption process allowed Lupean to learn more about the and how most kids are placed in homes with nothing of their own, she said.

“As a mom, I can’t imagine my 4-and-a-half-year-old entering a new home during a traumatic time with no personal belongings and no toys,” Lupean said.

Play Maysie is easy to carry and with every three kits purchased, Lupean is donating one to a child placed in foster care. 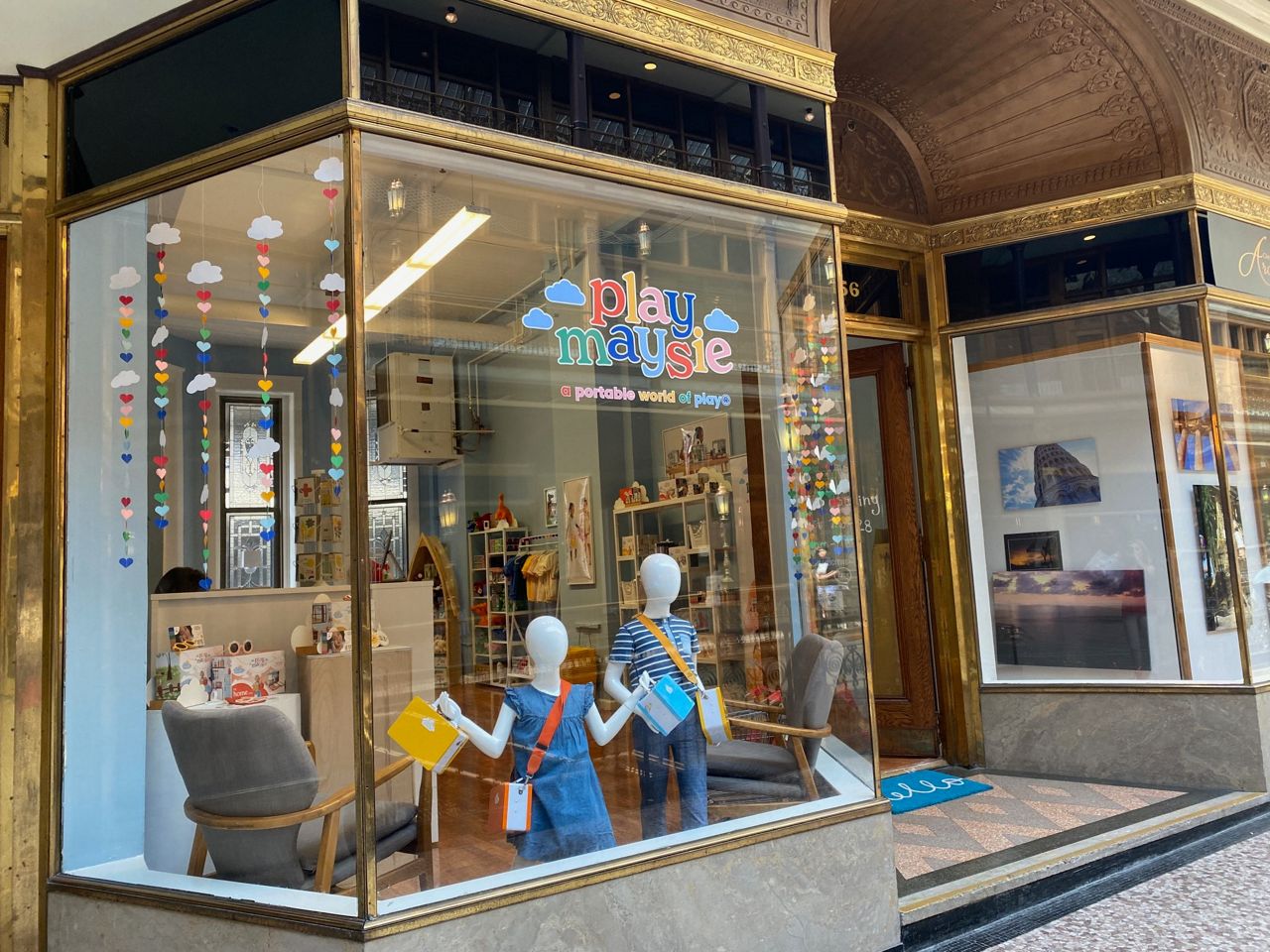 “As that safe, transitional toy where they can really process everything happening in their life,” she said.

The first toy donations made possible last year will be delivered to Cleveland-area foster care agencies this month. Lupean hopes to partner with agencies nationwide in the future.